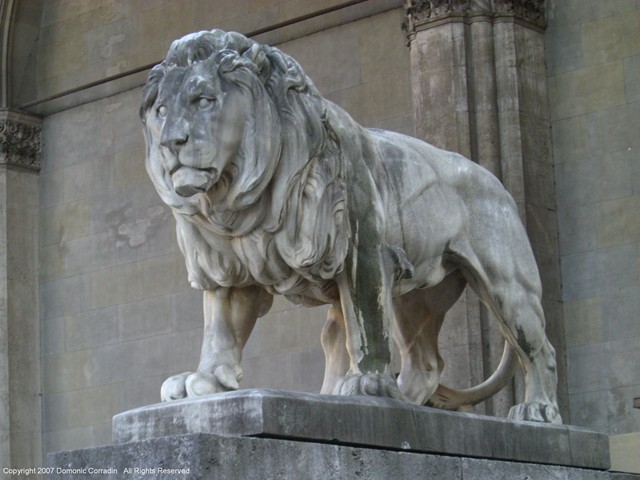 Today I am off to Munich, Germany for the weekend to check out some night clubs and maybe a museum, even a cathedral or two. The airport is very cool in Geneva. There were elevators everywhere and it was all very accessible - even the restrooms. There is actually one check-in desk that was for assistive only and as usual, no checked bags for me. I am just carrying my new Kelty (www.Kelty.com) daypack.

This time Lufthansa Airlines (www.Lufthansa.com) gets the flight from Geneva to Munich on an Avro RJ 85 jet. This is just a tiny plane seating only 18 people. Security is easy and fast as they bring me through a special line with private screening rooms for a really quick pat down and I am off. There was a bus to the plane that is accessible by a short ramp. Then the cabin of the bus lifts to become the access to the plane. Very cool! It comes in the opposite side of the jet way and an aisle chair as usual to get in the plane but, without all crazy straps. I just got in the chair and they just said, “hold on”. The staff was very helpful and polite, and English speaking as well. The flight attendants were another story.. The flight attendants and the captain of the plane said I could not stow my chair in the business class closet, where I have many times before, because it was “prohibited“. So, I get one of the baggage handlers, who is this arrogant “professional” trying to cram my $7,000 wheelchair into a space it will never fit and when anyone tries to tell him otherwise, he barks “let me do my job, I am a professional”. Ha, yeah right! Finally after a huff from my friend it just goes underneath the plane with the rest of the luggage only to come out the other end of the flight scratched. I was hoping to see the Alps from up high during the flight, but it was too cloudy to see this time. I think they will still be there for the next trip though.

The first day and night we wander around the city in search of the perfect “Biergarten“. We get some great food and a couple beers before heading to the Atomic Café (www.Atomic.de) on Neuturmstrasse around the corner from the Hofbräuhaus, probably the most notable, tourist beer hall in Munich. The bouncer was actually really cool and said that we will probably not be able to get around and that we might not have any fun, but offers us the chance to just check it out for ourselves. It was actually pretty cool inside. The DJ was playing some good indie rock. The place was decorated like something out of a 70’s English movie with beaded curtains and velvet couches. The bar was up a couple steps which posed an interesting problem. Just find a nice able-bodied person to help out and you are good to go. After a couple drinks and some dancing I ended night early because for some reason my head was killing me. Then, after leaving the club I became really dysreflexic and spent a good part of the night dealing with that. Not fun at all..

The Mandarin Oriental Hotel (www.MandarinOriental.com/Munich/) was the hotel of choice for this trip. Located just down the way from the Atomic Café, on Neuturmstrasse, this place was “high class”. The concierges were all very helpful. The room was even quite accessible. Extremely tall ceilings made the room seem huge. The room was easy to get around and everything was spread out enough to get a chair around and the bathroom was pretty good, as well. No chance of using the small shower stall but the tub works and the toilet and bidet were in a separate room. That took some time to figure out with a skinny, spring-loaded, pocket-style door making it even more interesting of an endeavor. The hotel was very posh and upscale. Rather non-descript decorating, but still very nice.

The next day, Saturday, we wandered around Munich’s city center and some of the outlying areas. I have to say, the bathrooms in the center are kinda hard to find. Sometimes you just gotta use a lookout and a bush or something. I know it is not the greatest, but you have to make do sometimes.

The BMW Museum (www.BMWWorld.com) was under construction so we went to their temporary location near Olympia Park. It was this domed tent at the top of a parking garage that had about 2 dozen cars and a hand full of bikes as well. It was so cool to see and learn so much about the history of BMW and all the things they’ve done over the years. As we went into the dome they had to bring us through the accessible entrance that was a ramped airlock because the tent was pressurized. The whole place was really easy to get around in and the staff was really helpful.

After the museum, we made our way over to the Olympia Park, which was really cool. There are food stands and actual sit down restaurants all over the park. There was a nice little pond and lots of trees all over with concrete sidewalks to get everywhere. There were quite a few people out, I guess being a weekend they would not want to be at work. I made my way over to a little skate park and goofed around on the ramps a bit. Onlookers got a kick out of seeing a guy in a chair climb the ramp and roll down just as the rest of the skateboarders. Good times were had by all.

For the night time we went to a bar/lounge called Bar Harlander that was recommended by the concierge. This place was really cool and just down the street from out hotel on Bräuhausstr, in the old location of the Galway Hooker. Small place, but great. A very contemporary design with a nice central bar and a small sitting room off to the side with plush couches and small tables. My buddy Jim asks the waiter if he can have a double vodka tonic and he replies that he can’t do that, but before Jim can get upset, he shows what a single was and it was technically impossible to fit a “double” in the glass. I love this place already!

We all left Bar Harlander in search of a nice dance club and after a couple cab rides to some packed clubs that there was no chance of getting into we found a good one on our list, called Privee. This place again, had 2 stairs to the bar and the rest of the club, so I decided to climb theme and git to gittin’, as they say. After quite a few hours of dancing and drinking, it was time to go. Of course that couldn’t be the end of the night as I sat up until 8 am wired on Red Bull and Vodka. I sure slept hard after that night.

The last day I was there we wandered around the city center again for a couple hours where we ate a small lunch at another one of the numerous cool cafes there. Then we grabbed a taxi and were off to the airport. The cabby hit 220k in the highway to the airport. He seemed in a hurry to get us there, till I notice the racer-style driving shoes he was wearing and realized this guy just likes to drive fast and take chances. Rock on!

The flight back was fair, just a short, typical flight. I got to ride on a Dash 4, which is cool. Getting on and off I had to use a straight back like most times. As usual, the airline people are a bit overly helpful, but you take ‘em with a grin and let them do their job. Yet another good trip in the books..

I definitely suggest you get to Munich. It is a beautiful city with a great city center, full of shopping and great cafes. Not to mention many historical sites and monuments. And, if the city life isn’t your cup of tea, there are many parks and green areas around the city to just sit and relax. Munich seems to be a city that has something for everyone.