While I was away on a trip, my girlfriend met up with me in Switzerland for a mini tour. I was already there on my own at a wheelchair tennis tournament in Austria and I finally talked her into doing some traveling with me, after some poking and prodding. I went straight there by train from Salzburg, Austria after the tournament was over. I hopped in a cab at the train station to get me to the airport to meet her in Amsterdam at the Schiphol Airport. We found each other inside after a couple phone calls bantering back and forth “where are you?”, “I’m over here”, “Where?”. It had been over a month since I had seen her so I was so happy to see that she had made it unscathed from the flight.

In continuing our trip a bit further out, my buddy Jim and I took another train from Paris under the English Channel to the center of London. The train ride was awesome and going through the tunnel under the water of the English Channel was a cool experience. A few coordination issues with the lifts and such, but nothing too drastic-- nothing I can’t handle. 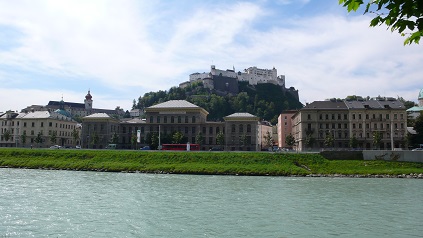 Today, I am off to Salzburg Austria to Check out an international wheelchair tennis tournament and check in on a booth space that one of the companies, Lasher Sport, has at the tournament as well. I am taking the train from Lausanne, Switzerland where I am staying with a good friend for a while. Getting on the train in Lausanne goes well. I get my ticket and make my way to the platform where I am greeted by one of the staff with their lift to help me on. The first train takes me to Zurich where I change trains with a bit of a layover. I meet an older couple from Australia as they remark about the Australian flag patch on my pack. It is amazing those little conversations with random people that brighten your day. 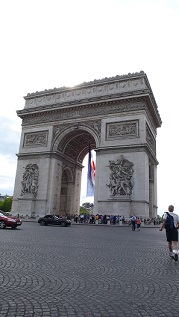 The first day of the trip was spent on the train from Lausanne, Switzerland to Paris. We had a bit of coordination issues at both ends for the wheelchair access in and out of the train, but got to the destination as planned, so no need to fuss. Arriving at Paris’ North Station was pretty easy and then just getting a taxi to the hotel.

Today, I am off to see a friend in Denmark so I hop on the SBB train (www.SBB.ch) from Lausanne, Switzerland to Copenhagen and off I go.

Today my buddy Jim and I decided to take a drive up from Lutry to Interlaken, Switzerland for a impromptu over-night trip. We packed our bags and jumped in his BMW X3 and headed north. The drive up was great. The roads in Switzerland are really quite nice and not much traffic at all on the freeways. Coming into the city was breath-taking! Interlaken is its namesake being right in a picturesque valley on a little strip of land between to gorgeous lakes. Jim got a room at the Victoria JungFrau Hotel (www.Victoria-JungFrau.ch) right in the downtown area of Interlaken. This was a very elegant hotel right near the city’s center, built in 1865, and has been host to many different famous people over the years, for example; during the Second World War the hotel was used by the Swiss Army Chief of Staff, General Henri Guisan as his headquarters.